Here’s where you can share what you’re up to on days 8-10 of the #PersephoneReadathon.

I’ll be updating this post, so make sure to check back often.

February 10th Update: I can’t believe it’s the penultimate day of the readathon. I hope you’ve enjoyed these last ten days as much as I have!

February 9th Update: We’re entering the final stretch of the readathon! Have you accomplished as much reading as you’d hoped?

Here are the latest posts from our fellow participants:

-At the Captive Reader, Claire has ranked her Favourite Persephones (So far)

-Another Ranking Persephones post, this one from Annabel of Annabookbel

Although it’s not in danger of being out of print, I’d love to see a Persephone edition of The Blue Castle by L. M. Montgomery.

As for a neglected work I’d love to see reprinted, I browsed some of Scott of Furrowed Middlebrow‘s book lists for ideas.

Here are a few of the books I would love to see in Persephone grey*:

“Follows a group of siblings from childhood during World War I to the outbreak of World War II.”

“It’s a gorgeous novel about a young girl’s life-altering experiences one summer in the bohemian Riviera hotel owned by her parents.”

“The first of three novels comprising Lofts’ Suffolk Trilogy, The Town House traces 500 years in the life of a 14th century house, including both romantic and supernatural elements.”

“A delightful fantasy about a lonely thirty-something spinster whose childhood imaginary friend, lost for years, seems to return, gradually becoming flesh and blood. Funny, charming, and melancholy at the same time, it belongs with Lolly Willowes and Lady Into Fox among the fantasy-themed classics of the 1920s.”

“Set in the Victorian period and written in a typically Victorian, epistolary style, Cousin Harriet reads like a lost 19th century classic—undoubtedly too scandalous to be published in its time. Following the difficulties of a smart, moral young woman living at home with her father as she tries to help a female cousin pregnant out of wedlock, the novel’s style lends it a sense of immediacy and gives the reader a feeling of having glimpsed a reality hidden from public view.”

*All synopses written by Scott and quoted from http://furrowedmiddlebrow.blogspot.com

Some recent posts by readathoners:

-Audrey shared some Lovely Endpapers over at Books as Food

-At She Reads Novels, Helen has reviewed The Crowded Street by Winifred Holtby

(Day 9) Beautiful Endpapers: Show us a photo of your current book’s endpapers/your favorite Persephone endpapers/or design your own endpapers

Here are some of my current favorite endpapers: 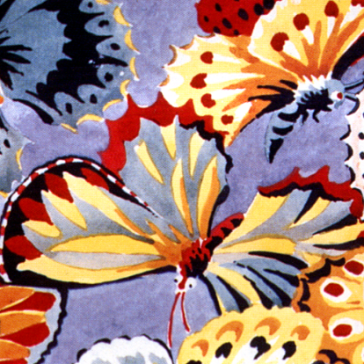 From L to R: Cheerful Weather for the Wedding, Mariana, The Montana Stories, Few Eggs and No Oranges 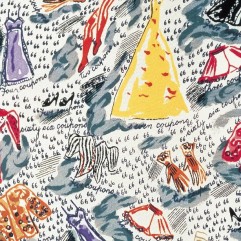 From L to R: Making Conversations, The Village, Good Evening Mrs. Craven: The Wartime Stories of Mollie Panter-Downes, The Far Cry, The Winds of Heaven

Do you spy any of your favorites here?

It’s hard to believe it’s already day eight! How’s your reading going? What are you enjoying most about your current read?

I’ve just started Guard Your Daughters by Diana Tutton and am already in love with the entire Harvey family.

Here are a few of the latest posts published by lovely readathoners (plus a couple I hadn’t shared from earlier in the week):

-Karen at Books and Me!!! has posted a review of Still Missing by Beth Gutcheon

–Lady Rose and Mrs. Memmary by Ruby Ferguson has been reviewed by Karen at Books and Chocolate

-Over at Red Lips and Bibliomaniacs, Nirmala reviewed William- An Englishman by Cicely Hamilton

Having just finished Little Boy Lost by Marghanita Laski, I think it could make for an interesting and engrossing film. There is plenty of drama and suspense as well as quieter thought-provoking moments and emotional gut punches.

As for casting, I could see James Norton as Hilary Wainwright. I think he could pull off the wide-ranging emotions the character experiences. He would also make for a very sympathetic but flawed figure.

According to the book’s afterward, Laski did sell the rights to the film only to be incredibly upset when it was turned into a musical featuring Bing Crosby. (And who can blame her, that sounds like a terrible fit!!) 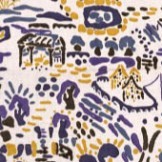 Other books I’d love to see adapted include:

High Wages by Dorothy Whipple- I haven’t yet read this one, but I am always here for period dramas set in the fashion world and featuring women entrepreneurs/creators/designers.

I think a dramatized TV series loosely based on London War Notes by Mollie Panter-Downes and/or Few Eggs and No Oranges by Vere Hodgson would make for fascinating viewing. I can’t get enough of stories set on the home front during WWII, and am still mad that Home Fires was canceled.

What about you? Would you watch any of these adaptations?

And here’s my post about the adaptations that have actually been made From Page to Screen: Persephone Book Adaptations