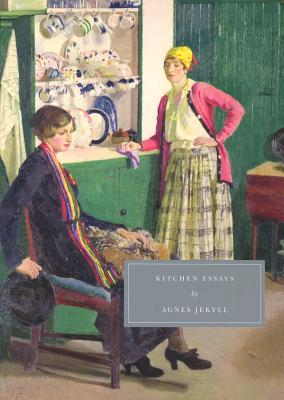 Today, we have a wonderful treat in store: a guest post from the lovely Lauren, who happens to be one half of the team behind the podcast Austen vs. Bronte: Bonnets at Dawn.

For Your Consideration: Kitchen Essays from Persephone.

The first season of my podcast, Austen vs Bronte: Bonnets at Dawn, pits Jane Austen against The Bronte Sisters. Each week on the show we compare and contrast the lives, work and fandom of these literary legends, but it has always been our intention to incorporate a few lesser-known writers as well. In December, my co-host and I made a pilgrimage to Persephone Books to pour over each book description and badger every staff member into helping us select the perfect authors and their works for season two. Somewhere in between discussions about Monica Dickens and DE Stevenson, and a hot little debate between Dorothy Whipple and Frances Burnett Hodgson, I spotted a book called Kitchen Essays.

Kitchen Essays is a collection of columns written by Lady Agnes Jekyll for The Times newspaper between 1921 – 1922. Lady Agnes (later Dame Agnes) was the well-educated, well-traveled, and well-mannered daughter of a politician, and wife to Sir Herbert Jekyll. She was a sociable lady, a celebrated hostess, and known for her wit and warmth, which I found immediately evident on the first page.

Now, Kitchen Essays isn’t entirely appropriate for our show, but I had to have it regardless. In another life, I was a master chef and food historian, in this one I simply collect vintage cookbooks and try out the occasional recipe (to mixed results). Lady Agnes was known for being a domestic goddess, and I hoped to absorb some of her powers through the pages of this little gray book. 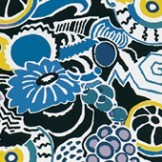 Jessie’s #PersephoneReadathon finally gave me an excuse to sit down and finish this collection uninterrupted. I can now say, having read Kitchen Essays, that I still lack basic knowledge – like how to work my Dyson vacuum cleaner, but thanks for Dame Agnes, I do know the proper menu for a shooting party, how to prepare dinner before an evening at the theatre and a late-night supper upon return. I can go on at length about the proper way to entertain bachelors, where to best position a teapot and how to make a fine brioche. I even have a few thoughts on feeding artists and serving picky, unpunctual guests.

Kitchen Essays is a delightful mix of social commentary and long-lost recipes. A perfect snapshot of upper-class life and cuisine in England between world wars. My only criticism is that the recipes sometimes border on the poetic versus practical. Lines like, “after 5 to 10 minutes in a hot oven they should be a deep cream colour, merging along their edges into the delicate brown of fading magnolias,” had me Googling “dying magnolias” for clarification. The instructions for Gelee Creme de Menthe also gave me pause – “whilst warm add a handful of those large green peppermint geranium leaves, thick as a fairy’s blanket, soft as a vicuna’s robe, and to be found in most old-fashioned gardens” – it’s a lovely sentence, and even better if you imagine Claire Foy’s Queen Elizabeth as the narrator, but how thick is a fairy’s blanket exactly?

Persephone has an overwhelming and outstanding collection of lost fiction by female authors. But next time you’re browsing their catalog, or visiting in person, I urge you to check out some of their nonfiction titles, especially in cookery. Gems like Kitchen Essays are not only entertaining reads, but also educational, and will give you a greater appreciation for modern comforts like the crockpot and Postmates.

Thank you, Lauren!! You’ve made Kitchen Essays sound like a must-read, even for those of us who will never be considered domestic gods/goddesses.

Readers, have you read Kitchen Essays? If you’re not yet familiar with Bonnets at Dawn, please stop reading this and go have a listen immediately! 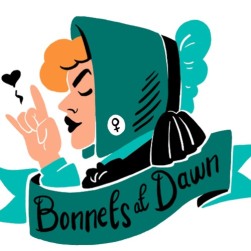 2 thoughts on “For Your Consideration: Kitchen Essays from Persephone (A #PersephoneReadathon Guest Post)”