This week’s topic is: Books Set in Another Country (On My TBR)

Here are some of the countries I can’t wait to explore in the pages of these books:

I’m hoping to read this for the 1977 Club next month, but if that doesn’t happen, it would make for perfect summer reading. An epic family saga, a forbidden love story, and a cult classic set in the Australian Outback; The Thorn Birds seems to have a lot going for it.

This novel about four sisters finding their way in 1930’s Japan, sounds like my cup of tea. It’s supposed to be a bittersweet portrayal of love, family, growing up, and the juxtaposition of tradition and modernity.

Coming in at ~1474 pages, A Suitable Boy is quite the intimidating tome. It sounds a bit like an epic marriage plot novel- or even an Austen novel- set in Post-Colonial India. Apparently, the long-awaited sequel is set to be published later this year, so maybe I should pick this up sooner rather than later. 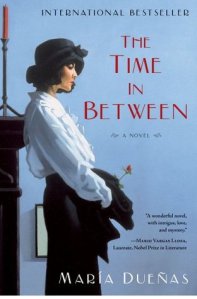 Spain and Morocco: The Time in Between by María Dueñas

I couldn’t get enough of the glamorous and riveting miniseries (on Netflix), and have been meaning to read the book ever since. The Time in Between is set in the lead up to WWII, and features a heroine who is a seamstress turned spy. It ticks so many of my favorite book boxes!

I can’t wait to discover Irène Némirovsky’s phenomenal writing, although I’m sure this will be a very emotional read. 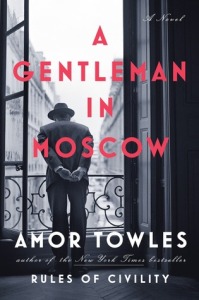 Russia: A Gentleman in Moscow by Amor Towles

I really enjoyed Rules of Civility, and have been wanting to pick up A Gentleman in Moscow for a while. It seems like a quiet, introspective novel, with rich characters and plenty of charm.

Egypt: Crocodile on the Sandbank (Amelia Peabody #1) by Elizabeth Peters

Who doesn’t enjoy a fun mystery, especially one featuring a rule-breaking heroine who is   an intelligent Egyptologist?!? In fact, writing this makes me want to pick up this first book in the Amelia Peabody series immediately!

This debut novel about a young American woman newly arrived in Florence, who is recovering from an eating disorder, is getting wonderful reviews. It sounds like an ideal blend of vivid writing, fun hijinks, and emotional depth. Plus, I do have a bit of a soft spot for stories of Americans traveling or living abroad.

Pachinko has been getting a lot of buzz lately, and I have yet to see a bad review of this epic family drama. I look forward to being swept away in the story, and to learning about this aspect of twentieth-century history. 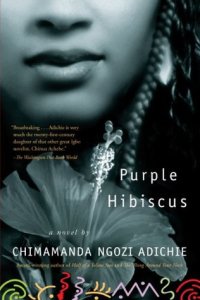 I haven’t  read any of Chimamanda Ngozi Adichie’s fiction, a fact I need to change ASAP. Purple Hibiscus sounds like a richly written coming of age story that explores religion, politics, and family.

Have you read any of these? What books set in another country are on your TBR?