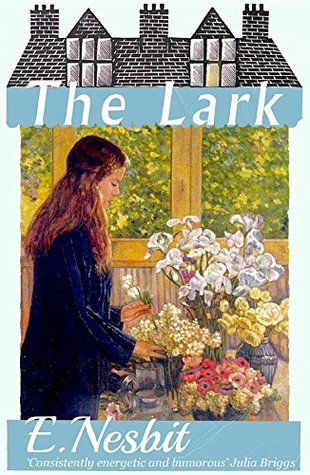 “The great fact of life. Life is a lark – all the parts of it, I mean, that are generally treated seriously: money, and worries about money, and not being sure what’s going to happen. Looked at rightly, all that’s an adventure, a lark. As long as you have enough to eat and to wear and a roof to sleep under, the whole thing’s a lark. Life is a lark and we must treat it as such.”

“It isn’t a lark to the people who haven’t got enough to eat and wear and sleep under,” said Lucilla.

“Isn’t that exactly what I’m saying? We have. And for us it is. As for the other people, all we can do is to help them when we come across them, and to keep going ourselves, or else we shan’t be able to help anyone else.”

As England tries to find its footing after WWI, two young girls are about to take their first steps as independent adults. Orphaned cousins Jane and Lucilla have just left boarding school, and are directed to a cottage in the countryside at the instruction of their guardian. Upon arrival, the girls discover that this cottage is essentially all that is left of their inheritance and that they are very much on their own. It turns out their guardian has gambled away their money and has fled the country and his creditors. With no chaperone and very little to live on, the pair decide to make the most of the hand they have been dealt. After all, what is life but one big lark?

The pair quickly rise to the challenge; savoring their new-found independence and laughing off their missteps. They utilize their surroundings by opening a flower-selling business, and eventually taking in paying guests. Jane and Lucy stumble across more than their share of luck, but they also stumble into quite a few scrapes and embarrassments. Throw in a returned soldier turned gardener, and a handsome architect named John Rochester, and the prospect of romance is in the air as well.

The Lark was such a joy to read. It was like enjoying a light and perfectly sweetened slice of cake in book form. E. Nesbit is best known for her beloved children’s books, and although The Lark is written for adults, it still maintains that innocent, child-like, and fairy tale feel.

Jane and Lucy are wonderfully independent and feminist characters, especially for the era. They are clever, comedic and compassionate; I adored them and the time I spent in their company. I loved their banter as well as the budding relationship between Jane and Rochester. Nesbit’s narrator is delightful, and offers countless winks to the reader – letting us be very much in on the more ridiculous elements of the plot.

I highlighted so many witty quotes, and even laughed out loud at a few points throughout. Some of my favorite scenes involved Lucy dressing up as an aged great-aunt, and Jane tumbling down a flight of stairs while the girls were trespassing in a house they hoped to rent. There’s nothing surprising about the plot, but the writing and characters are so engaging that I didn’t want to put the book down. The ending however, was a tad abrupt. Another enjoyable Furrowed Middlebrow read that I will definitely be revisiting in the future.

The Lark is a perfect spring or summer read, but will be sure to instantly brighten your mood whatever time of the year you pick it up. It’s adorable and effervescent, and dripping with charm. Highly recommend, especially for fans of Persephone books.

9 thoughts on “Classics Club Review: The Lark by E. Nesbit”