This week I’m sharing: The Ten Most Recent Additions to My Bookshelf

Most of these are eBooks I’ve gotten as Kindle Deals and/or with Kindle credit, but a couple are books I got for Christmas.

The Dutch House by Ann Patchett

The two Patchett novels I’ve read so far (Commonwealth and State of Wonder) have both been five-star reads for me. I’m hoping that streak will continue with The Dutch House—one of my most anticipated releases of 2019.

The Starless Sea by Erin Morgenstern

I had expected to have read The Starless Sea by now, but I’m finding myself wanting to save it for a little bit longer. After waiting so long after The Night Circus for Erin Morgenstern’s next atmospheric and magical novel, I want to be in the perfect mood to savor and get lost in this new world she’s created.

eBooks I’ve purchased as Kindle Deals and/or with Kindle credits:

The praise for Ocean Vuong’s debut novel has certainly grabbed my attention. It sounds as if this is going to be a life-affirming read with astoundingly beautiful and heartbreaking prose.

Gods of Jade and Shadow by Silvia Moreno-Garcia

I’ve been excited to read this for a while now and almost purchased a physical copy on a few occasions. When it became available as a Kindle deal I didn’t hesitate to download it immediately. I’m really hoping Gods of Jade and Shadow will give me similar vibes to The Winternight Trilogy, only set in 1920’s Mexico instead of Medieval Russia.

The Wicked Cometh by Laura Carlin

This dark and gothic historical fiction novel set in Victorian London got my attention when it was first published, but I’ve been a bit put off by some of the not so great reviews it’s received. When I was looking to spend my Kindle credit and saw it was on sale, I thought it was worth picking up to give a try. 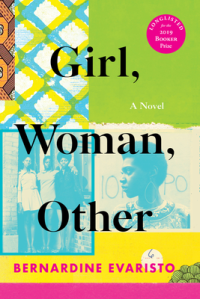 Girl, Woman, Other by Bernardine Evaristo

Girl, Woman, Other is at the top of my TBR list for early 2020. I’ve only seen incandescent praise for this (joint) 2019 Booker Prize winning novel written in verse. I won’t be the least bit surprised if it ends up being one of my favorite reads of the year.

The Paragon Hotel by Lyndsay Faye

I really enjoyed Jane Steele—Lyndsay Faye’s dark retelling of Jane Eyre—and have wanted to read her latest novel for a while now. A mystery set in 1920’s Harlem and Portland that involves train travel, an all-black hotel, a missing child, and the threat of the KKK sounds like a gripping read.

The Morning Gift by Eva Ibbotson

This was my first read of the year and my first Eva Ibbotson novel. It was everything I had hoped it would be. Definitely a lovely comfort read that I’d love to revisit again in the future.

The Ten Thousand Doors of January by Alix E. Harrow

I’m currently reading this and knew from the first few sentences that I was going to adore the protagonist January. The prose is sparkling and the story is enchanting so far. All the bookish elements are to die for as well.

The Flatshare by Beth O’Leary

The Flatshare sounds like such a cute and charming romance. It’s gotten a lot of good reviews so I’m hoping it will live up to the praise. I’m planning to read it around Valentine’s Day.

Have you read and/or added any of these to your shelves recently?

6 thoughts on “Top Ten Tuesday: Most Recent Additions to My Bookshelf”